Despite the distance from the illustrious Amazon rainforest, the Scandinavian nation of Norway has made significant investments to ensure its ongoing protection. From 2008 to 2014, under the presidencies of Luiz Inácio Lula da Silva and Dilma Rousseff, deforestation of the Amazon was in decline. However, this decline was reversed in the beginning of 2015, after Rousseff’s first four years in office, and has continued through the power grab of Brazilian business interests fronted by Michel Temer. Now, Norway is concerned that Temer’s government is backtracking significant progress in protecting the rainforest, and has announced a reduction of over half of its environmental aid in protest.

END_OF_DOCUMENT_TOKEN_TO_BE_REPLACED

María de Jesús Patricio Martínez is an indigenous healer running for the Mexican presidency. Her hope is to fight Mexico’s rampant corruption by altering the system in which political parties, such as the Institutional Revolution Party (PRI) and the National Action Party (PAN), have dominated for decades. While it is unlikely she will be competitive with national icon Andrés Manuel López Obrador and other big-party candidates, her candidacy still represents a significant movement within Mexico’s political system.

END_OF_DOCUMENT_TOKEN_TO_BE_REPLACED 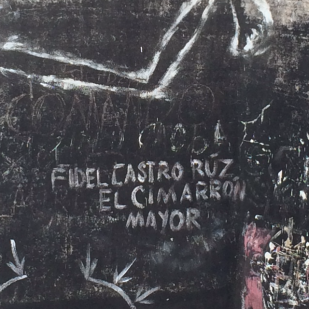 My sister-in-law sits and talks with my mother about loans,
out-of-focus, I make my second cup of coffee.